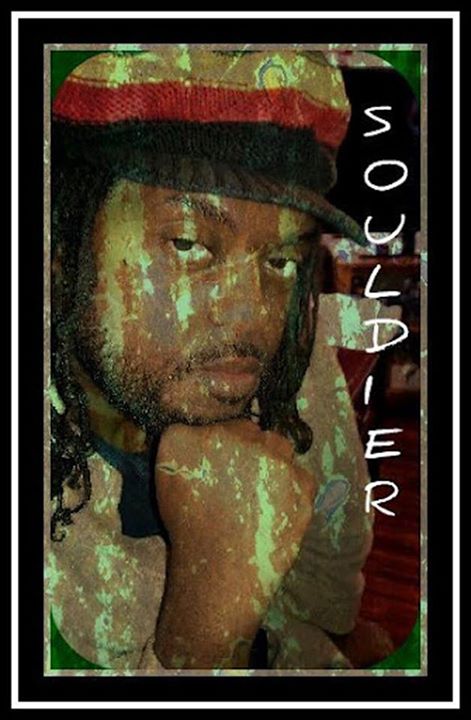 Deon Ballard started out singing in his church family group.  He honed various skill sets while performing with his family such as being a vocalist, arranger and a lyricist.  He later started performing poetry because he wanted to bring out more, in his lyrical expressions. Thinking later it would be great to start a different kind of music instrumentation, he calls Hyperdism P.M.   Strategically making tracks with a rhythmic flow infused with a hip hop beat structure with a retro vocal styling.  The best meaning of this style would be best heard on his hit singles of his upcoming album Souldier and  My poetry is and Do I need paper.   Both had reached number 1# on the reverb charts and still climbing globally.

Deon Ballard is also a published artist in literature.  His works could be found in national magazines and poems in compilations books. Deon Ballard describes himself as an artist in every fashion.  His goals are to become a humanitarian by using art as his vehicle to reach and help people.

Check Deon out at these places on the Web !

No money feeling really light headed
floating on this air in my tummy
its been very vacant for sometime now
my fouls are flagrant no more extensions
for unemployment … feeling the workers smile
puzzled me why ?….
when the workforce in America
becoming more toxic and vile
I paid into my benefits
Jobs are hard to find ….
their enjoyments are sabotaging the working class
technical jobs are intentionally held back
American too stupid anyways
never try to provide us with any real skill
hard to handle those occupations
when they are in other countries
paying these indigenous people slave wages
you don’t think the U.N. doesn’t know
They have us in their back pocket enclosed in a wallet
right next to their baby pictures
birthing new propaganda

N.A.F.T.A…North America Free Trade Agreement …
Patriotism does the government have all of our backs
I thinking they are laying us on our backs
government feeding us lies instead of sound work
….   Bill Clinton was the first black president
I guess because he was black balled
he never did anything for US… y all
while his association calls
C.O.F.R…  Council Of Foreign Relations
democratic and republicans
Ying and the yang
entities for We the PEOPLE
that are exclusively in vain
parting my ways from these parties
obviously they never invited us anyways
WW3…..  is going to be open invitations though
your uncle is going to tell you “HE WANTS YOU”
because your young and strong
Obama cares he also shares
U.S. Military policing
Great Britain your also sitting in the sit of the scornful
throw the rock and hide your OLD hand
I bet they wont give Obama knighthood
According to the Queen everybody in America
Is ghetto and hood so he can keep his contradictory Noble peace award

The inattentiveness that feeling at this time
finding your space in this world my precious youth
try riding in small compartment of a tank
America dream is a nightmare
the powers that be is all about greed and private banks
Protest and Protect your future
the elite need pawns and slaves to finish their dirty work
like the teachers need students to hand out their grades
ultimately to get paid….
Fight for freedom get your jobs back to your shoreline
don’t let them run you through the motions
they don’t WANT YOU …   intelligent
the best jobs are overseas our fledgling economy makes it evident

Rothschild’s endorser of the New World Order
one of them dating J. Electronica the prince of hip hop
Your names fits you perfectly just a illuminati ROBOT
ironically showing this genre been sold
tapping my feet wondering
when they going to ditch the dollar and quarter
coins and paper money is going to be in your favorite museum
when ALL the We the People would be open slaughtering season
For now they use afro Americans for target practice
America The beautiful lift your heads because your government
had made you so ugly and God doesn’t Like UGLY ……
I pray for once again his grace to shine on us
to replace back the crown of good
to help perpetuate better brotherhood
to usher away incompetence on our continent
We need Government for all not just for the agenda of the one percent