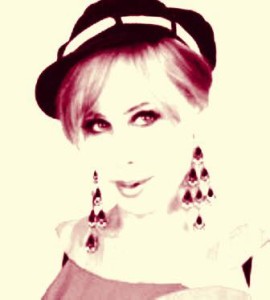 International Word Rocker and front woman of ‘The Cynz’, Cyndi Dawson is the author of ‘Outside Girl’, released July, 2010 by Poets Wear Prada Press.   Her work has been compared with poets Jim Carroll and Sylvia Plath, but as the poet Puma Perl states, ‘Cyndi establishes herself as a fierce, forceful, raw, punk poet who holds her own on the page.”   Musician Ivan Kral (Patti Smith, Iggy and The Stooges) writes of Cyndi’s poems, ‘Your choice and placement of words are so much more than a technical skill.   They’re charged with fire, wisdom, but also a child-like wonder’.   Founder & Curator ‘Poets and Angels Music & Poetry’, Cyndi honed her craft with some of NYC’s edgiest poets such as Jackie Sheeler, David Lawton, George Wallace and Puma Perl.   Her work with Soho artist Rene I.A.T.B.A shook the art world to its feet in the 1980’s.   Her poetry has been published in over 50 anthologies & publications such as ‘Gutter Eloquence Magazine’, ‘Heroin Love Songs’, & ‘Lines Written with a Razor’.   Her WordRock tracks can be heard on the ‘Going Down Swinging’ CD (Australia) and radio in the USA & UK.   She is a featured interview in a 2010 edition of UK literary magazine, ‘The View from Here’, ‘The Pulse Entertainment Magazine’, The Star Ledger, The Home News Tribune and The Reporter.   Cyndi has read and featured at The Bowery Poetry Cafe in NYC, Cornelia Street Pub, NYC, Grassroots Arts Facility in Jersey City, Tribal Spears Gallery in Harlem, NYC and St. Marks Church in NYC, The Poetry Cafe in London, Maggies Bar in Stoke-Newington, The King Henry VI in Eton and at Feile in Dublin, Ireland.   Cyndi continues to write, record and perform with musician Henry Seiz and various other musicians. Her band The Cynz has been playing and touring since 2011.

Buy Cyndi’s book Outside Girl and Audio CD’s or MP3’s for Five Mortal Cynz, Inside of Outside and The Original Cynz

The Cynz:  a full-throttle rock band 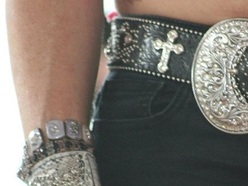